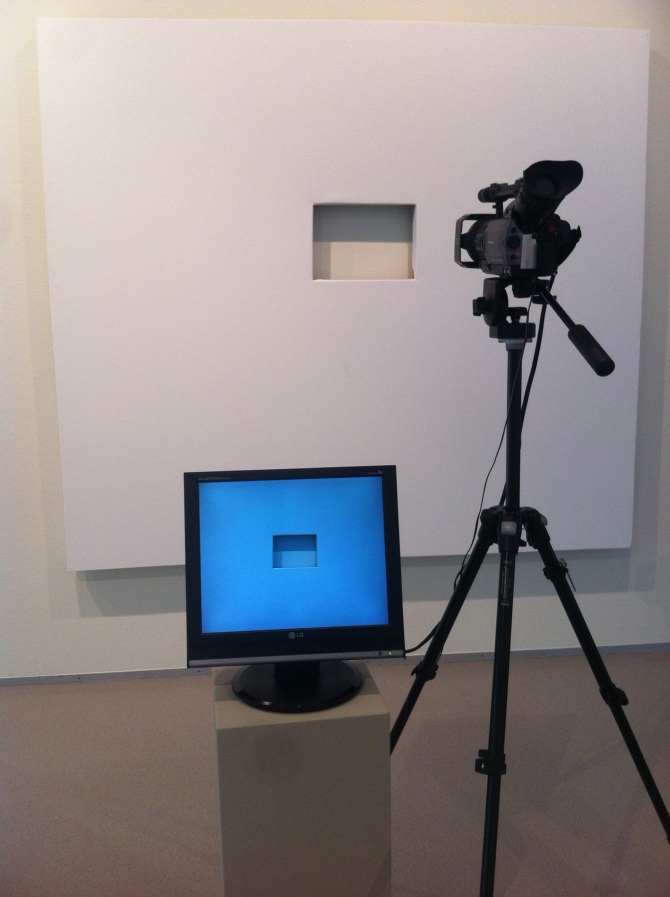 In 1961 Jan Vrijman made a short documentary about Karel Appel, filming him at work. In order to get closer to the artist in action, Vrijman shot the painter through a hole in the canvas. The hole itself cannot be seen in the film, but its existence can be known through the camera’s perspective in relation to the artist - we can see him painting ‘around’ our point of view. Thus, initially, the canvas was not meant as a painting, but purely as a means to an end, as a prop. What happens when the out-of-­sight becomes visible? When offstage becomes the play?

A camera films the hole in the canvas, which is displayed on a screen. Transparent Transparency was exhibited at and made for the Cobra Museum of Modern Art Amstelveen, under guidance of Art in Context, an extracurricular program at the Gerrit Rietveld Academie. The canvas of the work is build and stretched by me, the ‘original’ is in private ownership, but located in the repository of the museum. It is actually on the opposite side of the wall on which this work was exhibited...
Transparent Transparency
b a c k